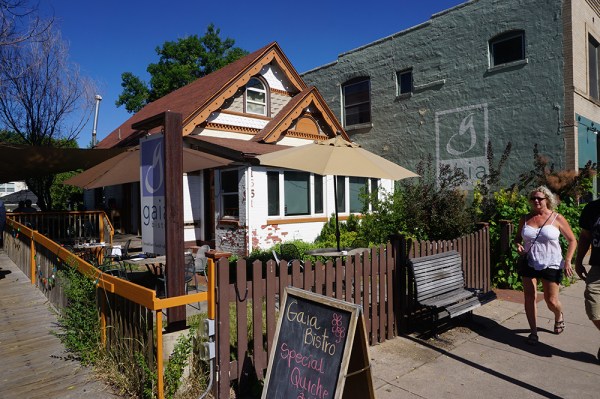 The coworking wave is rolling into Platt Park.

Patrick Finney plans to demolish a pair of century-old retail buildings on South Pearl Street and erect a $6 million coworking and office development.

“The market for coworking in this area is underserved,” said Finney, who runs residential brokerage firm Finn Real Estate. “And in my opinion, being on Pearl Street is more attractive to business owners than a place like Broadway because of the sheer traffic on Broadway, while Pearl Street has the ambiance, the shops and the restaurants.”

Finney will build at the site of Gaia Bistro and the Greentree Cyclery buildings on the 1500 block of South Pearl. Greentree closed in June. 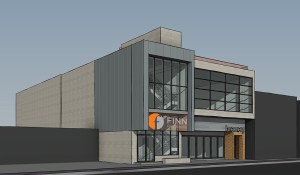 Finney found a temporary spot for his 10-person shop at Thrive Workplace on Milwaukee Street but wanted something more permanent.

“In our industry, we’re always telling people about the advantages of owning real estate,” he said. “I was determined to find my own property and not pay for rent again.”

Finney hit the market and made his first commercial real estate purchase by acquiring the Gaia Bistro property at 1551 S. Pearl St. in May 2015 for $930,000. But when he dug into plans for a new, two-story office building at the site, he hit a snag.

Building to the northern edge of the Pearl Street property could have caused structural problems for Greentree Cyclery’s 100-year-old building next door at 1545 S. Pearl St. In the worst-case scenario, Finney said, building next-door could cause Greentree’s basement to collapse.

Finney approached Greentree owner Greg Wallach shortly after buying the Gaia Bistro to ask about also buying the Greentree building. At the time, Finney said, Wallach wasn’t interested. But the building hit the market nine months later, and Finney bought it for $1.07 million.

Wallach bought the building in 1993 for $24,000, according to Denver city records. Finney’s acquisition closed June 30th, and then Greentree shut its doors after nearly four decades.

Finney’s revised plans call for two stories of office space with another floor of underground parking. The two-lot project grew from about 12,000 square feet to closer to 17,000 square feet.

He estimated the co-working space could fit between 75 and 100 customers, although he’s not set yet on how much of the building will be open, drop-in desk space and how much will be small, closed off offices.

Finney is working with NEO Development to help plan and manage the project, though NEO will not have an ownership stake in the finished building. With co-working exploding all over Denver, Finney hopes he’ll have a leg up on the competition because of his location and onsite parking.

NEO Development managing partner Lance Nading said they’ll also have a high-tech security system that will keep staff aware of how many visitors comes through the space without needing an upfront desk attendant to sign in everyone who walks through the front door.

Nading said the co-working business will differentiate itself from the mad rush of competitors by putting in the fastest internet available along with cell phone signal boosters, noise cancelling phone kiosks and a digital glass in the conference room that lets users display their own company logo on the wall when greeting guests and clients.

“A lot of the co-working spaces have one or two of these contributing assets,” Nading said. “But if you put it all together it’ll provide a pretty cutting edge package that will be second to none.”

Finney would like to begin demolition in six or eight months. He’s estimating it will be about 18 months to two years before the co-working space opens.  Elevate Architecture is designing the building. Finney has yet to sign on a contractor or lender.

And after a simple office search turned into a seven-figure development, Finney hasn’t ruled out trying to do some more business on the commercial side.

“This whole thing has been a process of stumbling into think ‘wow, I can actually do this,’” he said.